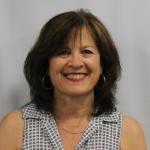 Ruth Spack, a retired professor of English, teaches writing in the Myra Kraft Transitional Year Program at Brandeis University. Her scholarly publications include America’s Second Tongue, which was awarded the Mina P. Shaughnessy Prize by the Modern Language Association. After a long and fulfilling career as an academic writer, she now focuses exclusively on creative writing. Her stories appear in Streetlight Magazine, bioStories, and Little Old Lady Comedy.