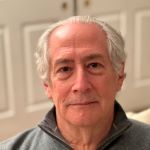 Glenn Gitomer earned his B.F.A. from the New York University Tisch School of the Arts and his J.D. from the Robert H. McKinney School of Law of Indiana University. For the past forty-seven years he has practiced law in the Philadelphia, Pennsylvania area. He has chosen to write short stories over golf. He lives with his wife Jane in Haverford, Pennsylvania.