A Taste of Mandel Bread 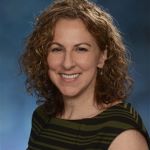 A Taste of Mandel Bread

“You sound like a game of Clue,” Daniel said. “It’s not Mr. Green in the conservatory with the candlestick. He’s just someone I met on JSwipe. He seems nice, total hottie. Works in an art gallery in the Village, at least he did until he got furloughed.”
“Jewish?” Sarah asked.
“Yes, Bubbie. That’s why he’s on JSwipe? You know, the Jewish dating site?”
“Oh, that’s good,” Sarah said. “In my day, you got a swipe from your Tati if he didn’t like who you were dating. And he’d better not be a goy.”
“Oh, he’s not treyf. Don’t worry!” Daniel said.
Everyone laughed. At various times, they had all shown Sarah their dating profiles on these online sites, and she had marveled at the specific preferences and filters. Why do you need to block anyone who doesn’t have a college degree? Who has a mustache? Who doesn’t believe in composting? Her only filter, if she were on such a site, would be that he or she be a Jew.
“Maybe you can invite him to Kayla’s wedding?” Sarah suggested. “That way we can all meet him. Give him our own swipes.”
“Everyone except Marty,” Kayla said. “She’s not going.”
“What is this?” Sarah asked.
“It’s not safe,” Marty said. “It was fifty people last week, and now they’re up to one hundred guests. I’m sorry but it’s just so irresponsible. We’re Jews. We have a duty not to put other people’s lives at risk. It’s immoral.”
Sarah closed her eyes and held her breath for a moment. What did any of them know about morality? Would any of them had gone to her first wedding in a hidden cellar? It was one of three illegal ceremonies held that day in May in the Lodz ghetto. Reuven’s wide smile displayed his missing side molars. It was the last smile he flashed at her, right before he smashed the remnant of the wine glass stomped on by the previous groom, on the day before the bridegrooms were all deported to a labor camp in Germany. The wedding party would have been shot if they’d been caught, but everyone they invited came.
“A kosher Jewish wedding will never be immoral,” Sarah said.
“Well, they should delay at least until after the pandemic,” Marty said. “Seriously, what’s the big deal to put it off a year?”
“A Jewish wedding should never be delayed,” Sarah said.
“Okay, we’re running out of time,” Kayla said. “We need to say our goodbyes.”
“Until next week, my loves,” Sarah said, before her screen went black. She always had the last word on these sessions, which was as it should be.
*
“It's a beautiful night, we're looking for something dumb to do. Hey baby, I think I wanna marry you.” Daniel sang the lyrics to a Bruno Mars song as he walked Franco, his Pomeranian down Central Park West. He and Kayla were walking side by side with their dogs on an overcrowded sidewalk after finishing Kayla’s dress fitting. Marty was no longer his sister’s matron of honor, so that left him at the top of the wedding totem pole.
He saw Kayla looking down at her phone as they waited on the corner for the light to change on 85th Street. “Shit. Almost seven. We gotta log on soon,” his sister said. They crossed the avenue and found a bench near the park’s entrance to sit and do their virtual family meeting.
“Girl, these Zooms are not so bad, y’know,” Daniel said, crossing his legs out in front of him. He let Franco chase after the blowing leaves as far as the retractable leash would take him. “You just can’t let the Martian get to you. She can be such a self-righteous bitch.” He and Kayla logged on to the Zoom session on their phones and waited for the others to arrive. He pushed his wireless earbuds into his ear.
“But what if she’s right?” Kayla asked, holding Simba on her lap. She rubbed the apricot curls of the mini poodle and hugged the dog close. “What if I do kill someone? What if I kill Bubbie?”
“Oh, please. Honey, Bubbie survived Auschwitz and the killing of her family and her first husband. She made it through a death march, weighing seventy-five pounds. She will survive your wedding.”
“Yes, I certainly will.” And there was Bubbie on his phone. Her face popping in as if on cue, or at least half her face, until she adjusted the screen so they could see the entirety of her. His grandmother was the one who’d supported him when he’d come out as gay. Far more than Cynthia had. His traditional, old-world, European Bubbie, who always had freshly baked mandel bread waiting for him when he visited her in Flatbush. In her firm, Yiddish-accented voice, she’d spent months convincing his mother that Cynthia wasn’t going to be “shamed to hell” in her Westchester country club for having a gay son. It didn’t have to be a closely-held secret like Cynthia’s thrice-yearly Botox injections.
“Nu, how was your date?” Sarah asked. “Is he wedding-worthy?”
“Perhaps, Bubbie, perhaps. We’ll have to see, won’t we?”
Actually, the date couldn’t have gone better and ranked near the top of his best first dates. He kept a list. David wasn’t really Daniel’s type physically, a bit too short, and his hair so orange. But his date intrigued him because he didn’t know shit about financial derivatives or asset models like all the other analysts Daniel usually dated at the investment bank where he worked. An expert on Rothko, David was spending his months on furlough trying to create a new form of abstract painting, picking up where Rothko left off. Daniel didn’t really understand any of it, but he was drawn to the way David expressed his passion, drawing little sketches on the napkins at the outdoor restaurant where they’d brunch.

“Bubbie, we really need to think about whether you should come to my wedding,” Kayla said. “I would never forgive myself if you got sick. As much as I want you there, I just don’t think it’s worth the risk.”
“Sweetie, I love you. But this is not your decision, farshteyst? I will not miss your wedding. This is what I live for. Otherwise, why am I still here?”
“You can Zoom. It’s just like being there,” Marty said. “That’s what I’m going to do.”
Daniel hated the self-satisfied smile plastered on his older sister’s face. “Hi Marty, nice of you to join, but no, it’s not the same, though you can tell yourself that,” Daniel said. He had told Kayla not to let Marty push her buttons, and here he was allowing his own to be pushed.
“I’m sorry, but I just don’t get it,’ Marty said. “I feel like this family is insane. Why are you all telling a ninety-five-year-old woman that it’s okay to go to this wedding? Bubbie, you could literally die if you go! Do you really want to take that risk?”
“I will not live if I don’t go,” Sarah said.
“What? What are you talking about?” Marty asked.
“Enough!” Cynthia commanded. “Marty, leave your bubbie alone. She can make her own decisions.”
“I believe I’m old enough,” Sarah said.
After the Zoom call ended, Daniel looked at Kayla. “You see? That wasn’t so bad, was it?”
His sister gave him the bird.
“Okay, it was bad, but there were sweet moments, too, right? Kind of like Bubbie’s mandel bread,” he said.
“You liked it? I thought it was hard as a rock.” She placed a squirming Simba on the pavement so he could sniff at a discarded coffee cup.
“It was, and it got a little stuck in my throat on the way down, but it also had that tingly cinnamon and smooth almond taste, which made it worth the effort.”
Daniel put his arm around his sister and drew her close. Their dogs started yapping at each other as they got tangled in each other’s leashes. He felt a certain sadness for Kayla, knowing she’d lost her anchor and had been adrift since their father died. He had tried to step in, to fill the void, keep things light and funny. But he lacked his father’s philosophical way of looking at the world that had always resonated with Kayla. He had mourned his father’s death and missed him deeply, but he chose to look forward, not back.
*

Deborah Kotz spent more than two decades as a health journalist where she worked on staff at the Boston Globe and US News and World Report. She currently works as a media relations director at the University of Maryland School of Medicine in Baltimore. She’s enrolled at the University of Baltimore MFA program on the fiction track and occasionally contributes columns on Orthodox Judaism and feminism for the JOFA blog hosted by the New York Jewish Week. She holds an undergraduate degree from Cornell University in science communication.