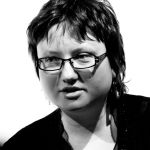 Translated from Czech by Melvyn Clarke

Jakuba Katalpa (the author) (b. 1979) is one of the Czech Republic’s leading contemporary authors. For her debut novella, Je hlína k snědku? (Is Soil To Be Eaten?), she was shortlisted for a Magnesia Litera award in the Newcomer of the Year category. Her novel Hořké moře (Bitter Sea) was shortlisted for the Jiří Orten Award. Katalpa’s novel Němci (The Germans) won the Josef Škvorecký Award and the Czech Book Award; it was also shortlisted for a Magnesia Litera in the prose category. Zuzanin dech (Zuzana’s Breath), the author’s latest novel and her most successful to date, was published in 2020. Her books have been published in seven languages, including German and  Italian, and rights have been also sold to Poland, Slovakia and Serbia.

Melvyn Clarke (the translator), born in 1956, is a graduate of the School of Slavonic and East European Studies in London, where he studied Czech and Slovak language, literature and history. Recent published translations into English include Onegin Was a Rusky and B. Proudew by Irena Dousková, Bohemia Docta, edited by Martin Franc, and Samizdat Past and Present, edited by Tomáš Glanc. https://www.kosmas.cz/prekladatel/55211/melvyn-clarke/