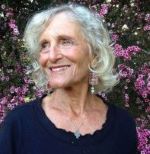 Barbara L. Baer has lived, traveled, and taught in India and the former USSR before settling in rural northern California, where she continued to teach and write. She has four novels in print, the most recent (2020) The Ice Palace Waltz, a Jewish family story spanning centuries. Her journalism, essays, reviews and stories have appeared in various publications from The Nation to Redbook. She started Floreant Press to publish local women writers and ended up publishing a Russian, Dr. Gregory Levin, whose Pomegranate Roads: A Soviet Botanist's Exile from Eden has readers worldwide.