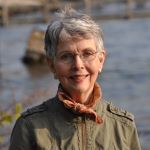 “Watch yourself, fancy pants!”
The loud voices brought the jeweler out of his house just in time to see the little florist shouting in the face of the ham-fisted laborer. Owen jumped in front of Yankel, and the lout gave him a push in the chest that sent him sprawling backward into Yankel’s arms. Both men fell onto the grass, red in the face and scrambling to get up. Owen was fuming, and Yankel pulled him back by the sleeve.
“Forget that brute.”
The brute shot back, “By golly, me thinks we have here an old married couple.” Owen lunged, but Yankel still held his sleeve, which began to tear, and Owen stopped himself to save the shirt.
“Everyone, hurry up!” the jeweler shouted. “Finish and clear out of the way of the florist!” He walked over to see that the florist was unharmed.
“This wind,” gasped the florist. “This wind will make a sail of the canopy. We’ll do that last.”
The jeweler nodded and went back inside.
By the time they were finally alone, the garden was completely dark. Yankel held a flaming torch as Owen, standing on the ladder, pounded the four supports further into the rain-softened ground. Then Owen held the torch as Yankel sank the pots of wisteria he had transplanted from his own trellis at home. With green twine, he gently attached lilies to each snaking stem and worked his way spiraling up the wooden poles, twining lilies and wisteria vine, tucking in roses and baby’s breath, anchoring the twine with a tap of his small hammer onto brass brads.
The lights from the windows of the jeweler’s household slowly went out and the shades were drawn. The garden was still. The flower arrangers didn’t speak. Their work was difficult and exhausting after a trying day, and they changed places often as their fingers wearied. Finally, the last flowers were attached, and the silk canopy was lashed on with needle and heavy button cord. Each corner was tied with many narrow white ribbons left to hang loose.
The chuppah was finished but, as though by an unspoken agreement, except for quick checks for craftsmanship and stability, the men ignored it. They didn’t gaze at it or speak. Silently they collected their tools and shook out the oilcloth. Then, each taking up two corners, they folded it, lapping and meeting, one handing off corners to the other, lapping and meeting, growing closer and closer. Just as they tossed the tarp on the handcart, the moon came out, and they could no longer keep their eyes off the chuppah. Yankel walked toward the house to stand at the start of the flagstone path and view the chuppah as the bride would first see it. A gentle breeze lifted the moonlit ribbons to dance at each corner of the glowing silk, which seemed to vibrate and call to Yankel with an energy that sang in his bones.
Owen poked the burning end of the torch into the dark, moist earth of a flowerbed, then came to stand beside Yankel who could not look at him. Still wet and shining in the moonlight, the path curved between the elms on its way to the beckoning chuppah which now seemed alive. In stride, and without touching, Yankel and Owen walked to stand beneath it. The silk shimmered above their heads, then went dark as a cloud crossed the moon. Yankel held his breath. He could tell that Owen was trembling and took his hand.
“No rabbi,” Owen said, and squeezed Yankel’s hand.
“Nor ring,” whispered Yankel.
“No family,” said Owen.
“Nor friends,” sighed Yankel. “Not even our cat as a witness.”
They stood a few more moments, looking up at the chuppah. Then they turned their backs on each other and silently loaded the wagon.

Louise Farmer Smith, granddaughter of pioneer dugout dwellers and chip gatherers, graduated from the University of Oklahoma with a BA in Letters. Publications include One Hundred Years of Marriage, a novel, Cadillac, Oklahoma, a story collection, and The Woman Without a Voice, a history and many stories in literary journals. She has Masters degrees from Yale University and Goddard College. Three of her stories have received Pushcart nominations, and her work has appeared in seven anthologies.