The Women of Tahiti 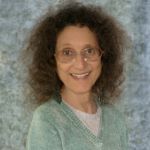 The Women of Tahiti

Florida’s afternoon glare hits him as he stumbles out his front door into the busy intersection. The women of Tahiti lift him up. He’s flying over cars and pedestrians. His strong arms have become wings. He doesn’t need legs any more..

Ann S. Epstein writes novels, short stories, and memoir. Her awards include a Pushcart Prize nomination for creative nonfiction, the Walter Sullivan prize in fiction, and an Editors’ Choice selection by Historical Novel Review. Her novels are On the Shore, Tazia and Gemma, and A Brain. A Heart. The Nerve. Her stories and nonfiction appear in Sewanee Review, PRISM International, Ascent, The Long Story, Saranac Review, The Madison Review, The Minnesota Review, Tahoma Literary Review, Orca, Earth’s Daughters, Ponder Review, Blue Moon Literary & Art Review, CultureCult Magazine, and elsewhere. Follow her at https://www.asewovenwords.com or https://www.facebook.com/asewovenwords/.