The Feast of Esther 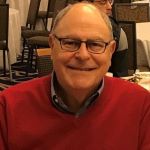 The Feast of Esther

Robert Hersowitz is a semi-retired management consultant and freelance writer. Born and educated in Johannesburg, South Africa, Robert immigrated to London in 1971 where he trained as a copy writer. He later set up his own business as a management consultant specializing in international management development. In 2014 Robert and his American wife, Annie, moved to Israel where they settled in Jerusalem. There, his neighbour, veteran writer and journalist  David Geffen, encouraged him to submit articles to the Jerusalem Post. He soon became a regular contributor to the newspaper’s weekend magazine. He is now a permanent contributor to the Jerusalem Report, a sister publication of the Jerusalem Post.