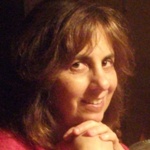 Wendy Brandmark writes short stories and novels. She won first prize for the short story in The Bridport Prize. Her short story collection, He Runs the Moon: Tales from the Cities, was longlisted for Edgehill Prize. Her stories have appeared widely in anthologies and journals, including North American Review, Lilith Magazine, Stand Magazine and Riptide Journal.  Her last novel, The Stray American, was shortlisted for the Jerwood Fiction Uncovered Prize. She teaches on the Oxford University MA in Creative Writing, and is currently working on two novels and a collection of short stories. Author website: wendybrandmark.com