The Greens of San Rodeo 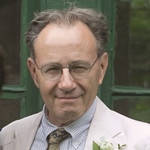 The Greens of San Rodeo

Allan Appel has published nine novels, a biography, and two collections of poetry, among other books. Of his novels, The Rabbi of Casino Boulevard  (St. Martin’s Press) was a nominee for the National Jewish Book Award, and High Holiday Sutra (Coffee House Press) was a Barnes and Noble Discover Great New Writers Awardee. Those novels, like the 2009 Hebrew Tutor of Bel Air (Coffee House Press), have been optioned for the stage or screen. His most recent novel, The Book of Norman (Mandel Vilar Press, 2017) – an excerpt of which appeared in Jewish Fiction .net – is a theological comedy and sibling rivalry tale that is also a ground-breaking exploration of Jewish-Mormon relations. His plays have won prizes and have been performed in Los Angeles and Provincetown, among other venues. Allan Appel is a member of the Author’s Guild and The Dramatists Guild, and in recent years has won two fellowships in fiction from the state of Connecticut Commission on the Arts. For the last decade he has been a staff writer for the online newspaper, The New Haven Independent.