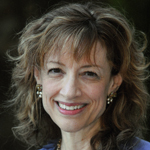 Copyright © Nessa Rapoport 2020
Excerpted from her novel Evening, with permission from Counterpoint Press. Evening will be published by Counterpoint on September 1, 2020 and can be purchased here.

Nessa Rapoport was born in Toronto, Canada. She is the author of a novel, Preparing for Sabbath, and a collection of prose poems, A Woman's Book of Grieving. Her memoir of family and place, House on the River: A Summer Journey, was awarded a grant by the Canada Council for the Arts.

Her story, "Saving Mr. Mackenzie," appeared in Issue 2 of Jewish Fiction.net. Her meditations are included in Objects of the Spirit: Ritual and the Art of Tobi Kahn. With Ted Solotaroff, she edited The Schocken Book of Contemporary Jewish Fiction. She speaks frequently about Jewish culture and imagination.