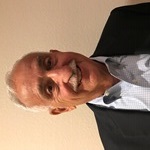 Herbert Zarov is a life-long Chicagoan who began his career in academia, teaching English and American Studies at Roosevelt University, the University of Missouri at St. Louis, and Smith College. In the late 1970s he left teaching to go to  the University of Chicago Law School where he won the Beale Prize for legal writing and went on to practice law for four decades at a large international law firm. He has published articles ranging from a study of Milton’s political rhetoric  to  analyses of cutting edge issues in American tort law. He retired from the practice of law in 2017 to devote himself to writing fiction.