For the Sabbath Day 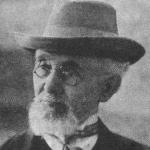 For the Sabbath Day

Translated from Hebrew by Herbert J. Levine and Reena Spicehandler

Mendele Mokher Seforim (the author) (Mendele the Bookseller in Yiddish ) is the pen name of Shalom Yakov Abramowitz (1835-1917). Although known as the “grandfather of Yiddish Literature”, he is generally acknowledged as the founder of modern fiction in Hebrew as well as Yiddish. In fact, he began his career as a Hebrew writer, later writing in Yiddish as a way to reach a wider audience. In addition to stories that portrayed Jewish shtetl life with honesty and without judgment, Mendele wrote essays and drama in both Hebrew and Yiddish throughout a life spent mostly in Russia.

Herbert Levine and Reena Spicehandler (the translators) have contributed translations of Agnon’s stories to two volumes of the Agnon Library: A City and Its Fullness and An Outcast and Other Stories (Toby Press). They are currently translating secular Israeli poems found in prayer books of congregations in Israel that are working to encourage a new Israeli Judaism to emerge. Reena taught Hebrew literature at the Reconstructionist Rabbinical College, was an editor of the Kol HaNeshamah prayerbook series and served several congregations as an interim rabbi. Herb is the author of Words for Blessing the World: Poems in Hebrew and English and Sing Unto God a New Song: A Contemporary Reading of the Psalms. Their translation projects have grown out of their chevruta studying Hebrew literature.